Since 1993, Honc Industries has been installing, repairing and servicing septic systems throughout Southwest Florida. Honc is a certified Southwest Florida septic tank company. The company is experienced in all types of commercial and residential septic systems including gravity, ATUs, pressure dosed and drip line, and our pump-out services. Schedule yours today ( Hours of operations - M-F 8am - 5pm )

From new septic tank installation to drain field repair and pump-outs, Honc Industries will get your job done and on time. Contact us today for all of your residential and/or commercial septic tank needs. 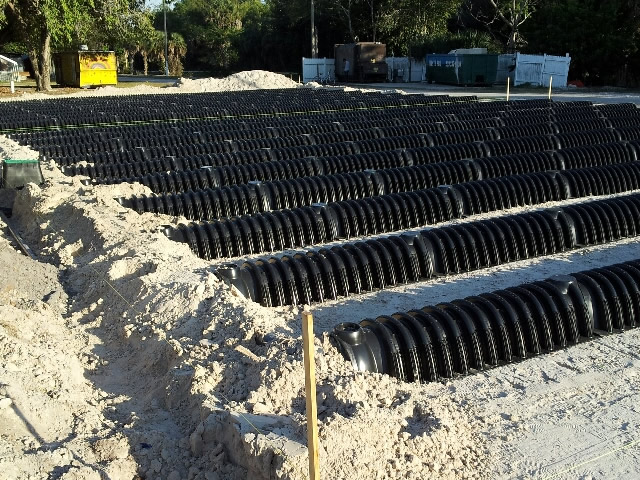 How Do Septic Systems Work?

The septic system is a natural method of treatment and disposal of household wastes for those homeowners who are not part of a municipal sewage system. A septic system works by allowing waste water to separate into layers and begin the process of decomposition while being contained within the septic tank. Bacteria, which are naturally present in all septic systems, begin to digest the solids that have settled to the bottom of the tank, transforming up to 50 percent of these solids into liquids and gases. When liquids within the tank rise to the level of the outflow pipe, they enter the drainage system. This outflow, or effluent, is then distributed throughout the drain field through a series of subsurface pipes. Final treatment of the effluent occurs here as the soil absorbs and filters the liquid and microbes break down the rest of the waste into harmless material.
Most septic systems are conventional systems that use gravity to distribute the effluent from the tank. When site conditions are not appropriate for a conventional system, other types of systems, such as low pressure distribution or mound systems are sometimes used.

Septic systems cannot dispose of all the material that enters the system. Solids that are not broken down by bacteria begin to accumulate in the septic tank and eventually need to be removed. The most common reason for system failure is not having these solids removed on a regular basis. When the holding tank is not pumped out frequently enough, the solids can enter the pipes leading to and from the tank. This can cause sewage to back up into the house or cause the drainage system to fail as the pipes and soil become congested. These problems are often costly to fix, pose a danger to public health, and are a significant source of water pollution. Seepage from inadequate or failing septic systems can contaminate both ground and surface waters.

Wastewater contains several undesirable pollutants. Pathogens such as viruses or bacteria can enter drinking water supplies creating a potential health hazard. Nutrients and organic matter entering waterways can lead to tremendous growth in the quantity of aquatic microorganisms. Metabolic activity of these microbes can reduce oxygen levels in the water causing aquatic life to suffocate. 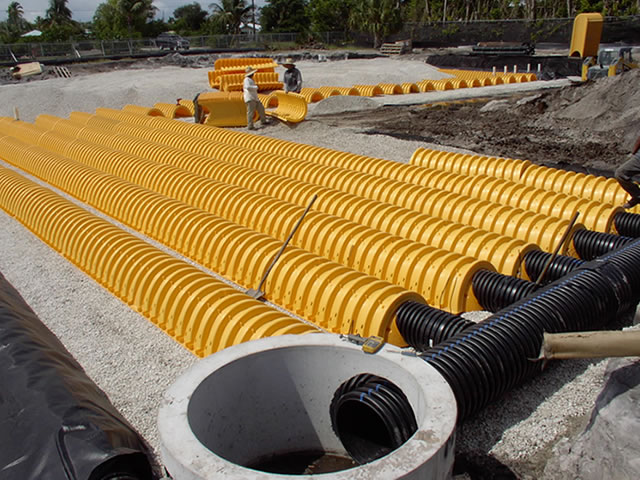 What are General Septic Maintenance Tips? 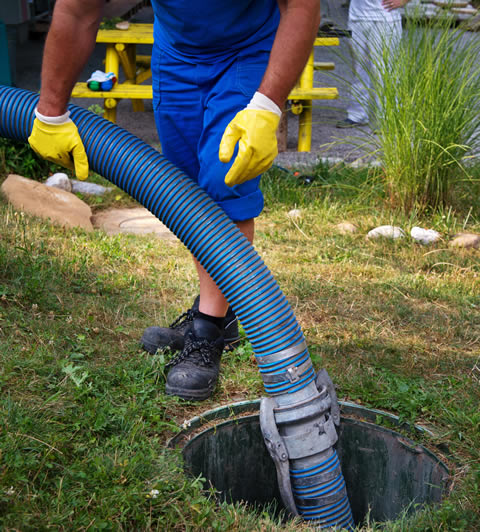 Septic system maintenance is actually pretty easy to understand. When a system fails, the tank itself doesn't fail- the drainfield soil fails. In most cases the soil fails when it gets plugged up with solids and won't allow liquid to pass through it. For example, it can get plugged with solids from the tank if the tank hasn't been pumped, or with lint from a washing machine. Now for your solutions:

1. Use a Washing Machine Filter

Did you know that washing machines are a leading cause of septic system failure? The primary culprit is lint generated by washing machines, which clogs the soil in drain fields. Did you know that a typical family washing machine produces enough lint each year to carpet and entire living room floor! Lint screens and nylon traps found in hardware stores trap 5% or less of these particles. Because they are so light and small, the lint particles do not settle out in the septic tank. Instead, they stay in suspension and are flushed out to the drain field, where they plug up the pores of the soil bed.
To compound the problem, much of our clothing is now manufactured with synthetic materials such as polyester and nylon. These substances are not biodegradable, and will not break down in a septic system. Instead, they accumulate and plug the soil. Once these materials enter the soil, there is no way to remove them.

You can also damage your septic system by doing a large number of laundry loads in a short period of time. In standard septic systems, solid materials settle in the tank, while effluent flows out into the ground. If you put more water into the system than it is built to handle, the high volume of water will flood your system, and can also stir up and flush solids out of the tank into the drain field (in fact, septic pumpers use water from their hoses to help break up solids in your tank before pumping them out). A typical washing machine can use up to 60 gallons of water per wash load. On a heavy day you can easily put 400, 500 or 600 gallons of water through the system in a few hours. The solution is to spread out your water use. Do one or two loads of laundry per day, rather than 10-12 loads on Saturday morning. Water softeners can also damage your system by putting too much water through the septic system. These devices can put several hundred gallons of water down the drain every week, water that is not contaminated and does not need to go through the treatment process.
There are a couple solutions to this problem. You can upgrade your softener with a newer efficient model that uses less water and regenerates on demand, instead of a timer system that regenerates whether you use water or not.

3. Prevent Solids from Leaving the Tank

First of all, you should get your tank pumped on a regular basis to prevent excessive accumulation of solids in the tank. Under normal conditions, you should have the tank inspected and pumped every 2-3 years. Very important: tanks should be pumped and inspected through the manhole cover, not the inspection pipe. Your septic contractor should also install an effluent filter in the exit baffle of the tank. Effluent filters stop the larger solids from getting out to the drainfield. They are cleaned out every few years when you have your tank pumped. Effluent filters are cheap insurance and along with a washing machine filter, one of the best things you can do to protect your system.

Excessive use of these products can contribute to septic system failure. If you do over 5 loads a week containing bleach, problems could arise. Avoid powdered detergents as they contain plastic fillers that can plug up your lines and drain field. Also, be careful with harsh automatic toilet bowl cleaners, which have put quite a few systems out of commission.

5. Should I Use a Separate System for My Washing Machine?

Some people say you should use a separate system for your washing machine, called a laundry interceptor. However, this is not necessary and in fact undesirable. Washing machines should discharge into the regular system because it actually works better than discharging into its own system. In order to work, septic systems require bacteria colonies which break down biodegradable matter. These bacteria require "food" which is found in our wastewater, but not in detergent. Without "food" these bacteria colonies die out and the system fails. Many people who have installed these systems have found this out the hard way. A research project conducted in several east coast states utilized some rather high tech systems for washing machine discharge and many began failing in as little as eight months.

6. An additional concern with septic fields is the build up of biomat in the soil

Biomat consists of microorganisms and their waste products. It forms where the drainfield bottom and soil contact each other. A small amount of biomat is normal; however, if the wastewater contains solids, then the organisms in the biomat will feed on the increased amount of nutrients and the layer will thicken. As the biomat thickens, the flow of water out of the trench is slowed. The drainfield will fill and eventually the wastewater will surface to the ground. To protect your field against excessive biomat formation, pump the tank every 2 to 3 years.